Our name weongozi™ was inspired by the Swahili word for leaders and guides, viongozi. 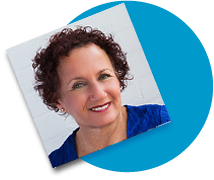 Shelle Rose Charvet
Founder and CEO, Shelle leads the company initiatives, embedding advanced psychology into software. She is the subject-matter expert in below-conscious communication; what drives people to do (or not do) things, outside of their awareness.
She is author of the international bestseller, Words that Change Minds:  Mastering the Language of Influence, now on Forbes best management books for entrepreneurs and executives, translated into 15 languages as well as The Customer is Bothering Me, Innovations in NLP (co-editor), and Wishing, Wanting and Achieving. Much of her work is based on the LAB Profile® Motivation profile, which is the basis of the Libretta® software.

Shelle has certified over 700 LAB Profile® Consultant/Trainers in 30 countries and has personally trained thousands around the world in influencing and persuading using the LAB Profile®, Neuro-linguistic Programming and other advanced psychologies.

She has created a number of advanced techniques used to:
enhance rapport, trust, credibility and influence
that enable people to prevent conflicts, avoid stalemates in sales and negotiations
and help everyone get what they need.

Since 1982, people and organizations in North America, Europe, Asia and the South Pacific have been seeking her out for management solutions to marketing, sales, negotiation and team management challenges.

Her expertise includes applied Neuro-Linguistic Programming (NLP) and the LAB Profile® (Language and Behavior Profile), a psycho-linguistic tool for uncovering how people get motivated, how they think and make decisions.

To get in touch email us at shelle@weongozi.com

Dr. Michael Tschichholz
As Chief Technology Officer, he is responsible for identifying, sourcing and managing Weongozi™ technical development and programming.  He works as innovation manager in international eGovernment projects. He received his PhD in computer science in 2006.

Until 2017 he worked with Fraunhofer-Institute FOKUS in Berlin, leading several national and international innovation projects to help governments adopt new technology platforms, a field known as eGovernment. Since 1980 he has worked on open distributed communication systems and in national and international standards bodies concerning directory systems and OSI systems management (ISO/IEC, DIN), in the TMN architecture group (ITU-T) and in the Telecommunications Domain Task Force (OMG).

To get in touch email us at shelle@weongozi.com 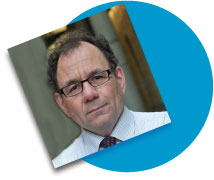 Jonathan Rose
Investor and Business Development Consultant, he has been Professor in the Department of Electrical and Computer Engineering at the University of Toronto since 1989, including serving as Chair from 2004 to 2009. A pioneer in the area of Field-Programmable Gate Arrays (FPGAs) for over 25 years, his group produced extensive research in the sub-areas of logic and routing architecture, memory architecture and computer-aided design tools. He worked at Xilinx Inc. in San Jose, CA, during 1995-1996 as a Senior Research Scientist. In 1998, he co-founded Right Track CAD Corporation, which delivered architecture and software for FPGAs to device vendors and was President and CEO. Right Track was acquired by Altera in 2000, (which was itself acquired by Intel in 2015) and he served as Senior Director of Software Engineering for 3 years in the Altera Toronto Technology Centre.

Over the past seven years, his research has pivoted towards the exploration of software methods to aid in the measurement, diagnosis and therapy of mental health issues, in collaboration with experts in mental health.

He currently also serves as Chair of the Advisory Board of the Engineering Entrepreneurship Hatchery in the Faculty of Applied Science and Engineering at the University of Toronto.   He serves on theTechnical Advisory Boards of Achronix Semiconductor and Tactual Labs, and was a founding member of Maple Leaf Angels investment group.  He is a member of the Board of Directors of the non-profit organization, Academics without Borders Canada, and also serves as Governing Board member of Massey College in the University of Toronto. He is a Fellow of the IEEE and the ACM, a Fellow of the Canadian Academy of Engineering, a Foreign Associate of the American National Academy of Engineering, and a Fellow of the Royal Society of Canada.

Every image, every word can make or break your whole campaign.

If they don’t fit,
you don’t sell.